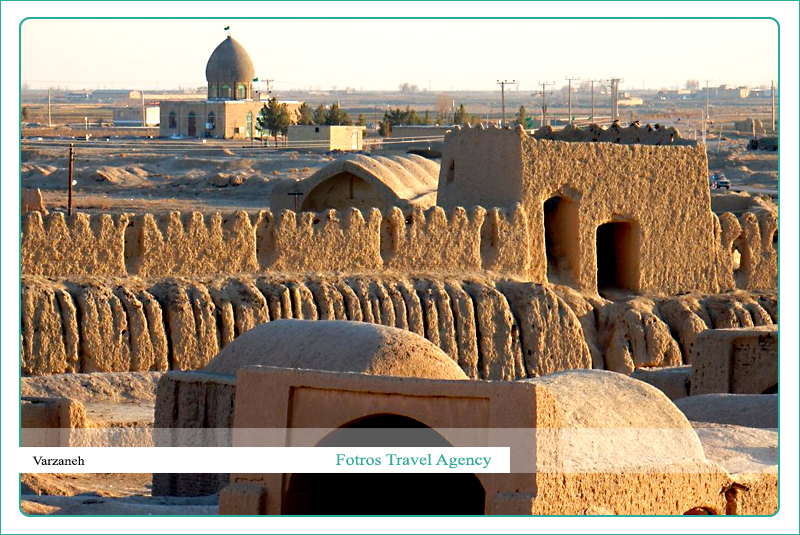 Varzaneh is a must-see place in Isfahan Desert which has many tourist attractions.

The city of Varzaneh is located on the south-west of Naein County, the east of Isfahan Province and on the borderline of Yazd. In the city, the men are mostly farmers and women are seen producing textures and weaving carpets. Since women in Varzaneh wear white veils instead of black, the city is called Iran’s whitest city. Ideas differ about the reason of women wearing white veils in this district; some believe that wearing white is a way of confronting the extreme summer heat in this city.

Handcraft and Arts of Varzaneh

Varzaneh’s handicrafts include Karbafi (textile weaving) and sofreh weaving. Karbafi is an art that has been around since the Timurid period, and it used to be a remarkably prosperous business in Varzaneh. With the arrival of industrial cloths, though, this beautiful art is gradually being ignored and abandoned. Varzaneh’s Karbafs are used as bread cloths, dowry bundles for brides, bath bundles, white veils, cerements, and Chadorshab (a kind of cloth with different uses).

The Varzaneh Desert is the nearest desert to Isfahan. The extraordinarily vast dunes, each with different shapes, and the sand landscape from over the dunes is so enchanting and fascinating that it will linger in your memory. If you want to indulge in the desert’s calm and silence, Fall is the best time to travel there. The only sound that breaks the silence there, is the wind. The wind keeps blowing, carrying the sands everywhere it goes. Listen to the wind, take off your shoes and feel the sands beneath your feet. Sometimes lie down to gaze at the blue sky. You can have this extraordinary experience in Varzaneh’s desert.

Near the Ghoortan Castle, there is a building of abode and mud. The main part of this building is constructed on twelve cylindrical bases, and on the building, there are holes to allow the birds to go in and out. The remarkable thing about this dovecote is that after all these years, it is still standing, and pigeons keep going there.

Not so long ago, before electric water pumps were invented, people of Varzaneh had an interesting way to get water – they pulled water out of wells with the help of cows. In recent years, one of these wells has been renovated by an old man and has become a tourist attraction.