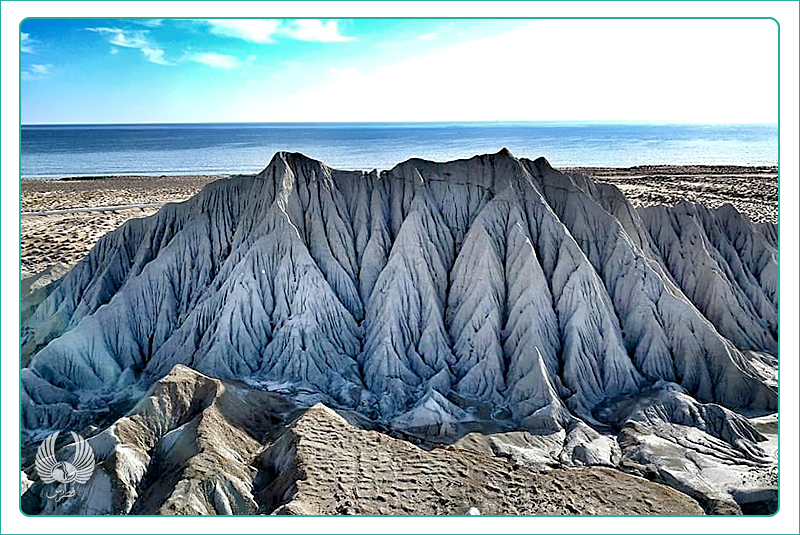 The Feeling of visiting Mars

If you ever considered visiting Mars and taking some photos, I recommend you to first visit these mountains in Chabahar, Sistan and Baluchestan, Iran. These mountains will make you think you’re inside Matt Damon's "The Martian."

The Martian Mountains (also Badland or Miniature Mountains) are one of the Iran's most well-known touristic attractions that are located 50 kilometers from Chabahar, Sistan and Baluchestan.

Badland Mountains (Badlands are a type of dry terrain where softer sedimentary rocks and clay-rich soils have been extensively eroded by wind and water) are one of the sights that have been stretched out parallel to the Oman Sea and are one of the geomorphological phenomena in the area. There is a chance that Martian Mountains have been under Oman Sea for several million years and had gradually come out of water.

The mountains weren't always as visible as they are today. In fact, they were buried under piles of soil. The geometric patterns of the mountains have been created by rapid soil erosion caused by wind and rain, as if a skilled painter has carved them.

Martian Mountains history goes back to the third period of tertiary geological period, that is, 4-5 million years ago.  These unique mountains in Chabahar are made of sandstone and marl.

There are various fossils of creatures such as shells and fish on the body of the mountains which are indescribable.

The mountains vary from 5 meters to 100 meters. These unusual colorful mountains create beautiful colors by changing the day light and beautiful scenes at night. The phenomenon, however, prevents the growth of plants in the region.

The last point of the mountains is in the village of Tis. The 2,500-year-old village of Tis, or Tiz, was the important trading port of Iran that Alexander the Great destroyed in the invasion of Iran.

Martian Mountains are one of the contemporary and alluring attractions in Chabahar Area that gives you the chance of:

Wandering in The Martian scene

Photography: This place has recently become one of the famous places in Iran for photography and attracted many photographers from all around the world. 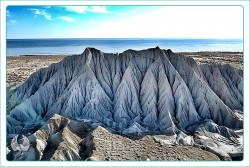