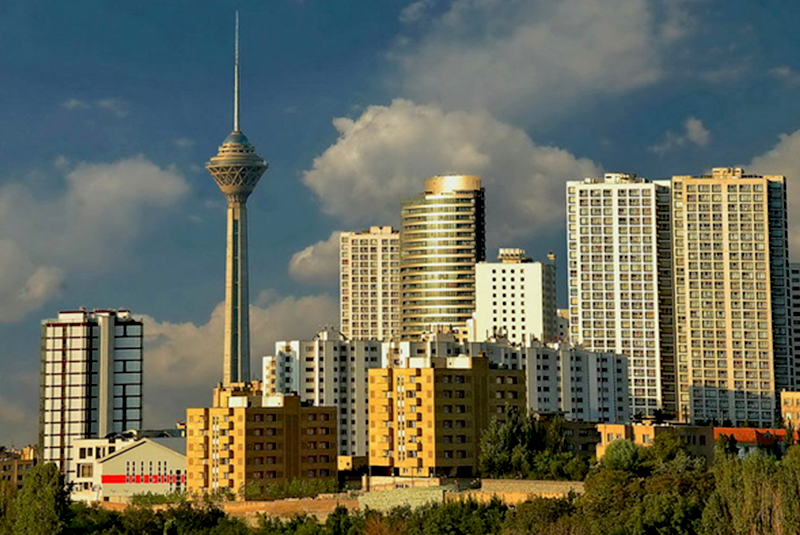 This palace was constructed under the command of Shah Abbas I as the temporary residence of the royal family in Tehran. After some 200 years, Agha Mohammad Khan reconstructed the palace and chose it as the principal residence of the King. The Golestan Palace is inscribed on the list of World Heritage Sites of Iran by UNESCO.

This complex contains several palaces, museums and a 180-hectar jungle. Some of the palaces were summer residences of the Qajar Kings and the other were constructed during the Pahlavi Dynasty, each belonging to one of the royal family members.

This complex consists of two museums, The National Museum of Iran and The Museum of Islamic Era. The brick building of the Museum of Ancient Iran is the right place to introduce Iran’s rich history while the Museum of Islamic Era presents many exquisite items back to different Islamic periods in Iran. A striking frieze of glazed tiles from the Apadana Palace, A Persepolitan mastiff statue, The statue of a Parthian nobleman, and numerous priceless figurines, statues, vessels and plates belong belonging to different Paleolithic to Qajar periods are displayed in this complex.

Inside the Central Bank of Iran, in the capital city of Tehran, there is a priceless treasury of the world’s most precious jewelry collection. The pink colored diamond of Darya-ye-Noor (182 Carats), Takhte Tavous or the “Peacock Throne” which is comprised of twelve different pieces  decorated with 26,733 pieces of jewels, the Noor-ul-Ain as one of the largest pink diamonds in the world, and the gemmed and enameled Naderi Throne belonging to Qajar era are only some pieces of noble jewelries housed in this museum.

This 270-metre bridge connects Taleghani Park and Ab-o-Atash Park by spanning Modarres Expressway, one of the main highways in northern Tehran.

The Grand Bazaar is an old historical bazaar in Tehran. It is split into several corridors over 10 kilometers in length, each specialized in different types of goods.

The Glassware and Ceramic Museum of Iran

Abgineh Museum is The Glassware & Ceramic Museum with a rare collection of clay and glass works from different eras. The building itself is very remarkable with its brick works, plaster works, mirror works and inlaid works.

Pahlevani and zoorkhāneh rituals is the name inscribed by UNESCO for varzesh-e pahlavāni or varzesh-e bāstāni a traditional system of athletics originally used to train warriors in Iran and adjacent lands. Outside Iran, zoor khanehs can be found in Azerbaijan, and they were introduced into Iraq in the mid-19th century.

Named after one of the great artists of the Safavid period, this museum showcases Iranian art from ancient times and the Safavid-era paintings of Abbasi himself. The collections of this museum belong to a period from the 2nd millennium BC to the early 20th century. The displays are set chronologically. There are many objects exhibited in this museum such as artifacts made of baked clay, metal and stone from the pre historic times to pottery and metal objects, textile and lacquer painting, and manuscripts and jewelry belonging to the Islamic period.

Rey was one of the capital cities of the Seljuq Empire in the 11th century. Ray is richer than many other ancient cities in the number of its historical monuments, among which one might refer to a 500-year-old Safavid-era bazaar, the 3000-year-old Gebri castle, the 5000-year-old Cheshmeh Ali hill, and the 1000-year-old Bibi Shahr Banoo tomb.

Toghrol Tower is a 12th-century monument from the Seljuk-era situated in the city of Rey, on the southern outskirts of Tehran. The tower itself is said to be the mausoleum for Seljuk king, who established Rey as a major administrative center of the Seljuk Dynasty. At the top of this magnificent tower there are Kufic inscriptions (early Arabic). The tower is protected by Iran’s Cultural Heritage Organization.

Cheshmeh-Ali or Spring of Ali is an ancient recreational place in the south of Tehran and north of Rey. The spring is a spot in the neighborhood of Ebn-e Babooyeh, Toghrol Tower, and below the Rashkan castle and next to Rey Castle and Fath Ali shah inscription. This place has some typological parallels with the middle layers of Tepe Sialk in city of Kashan (3000 BC).