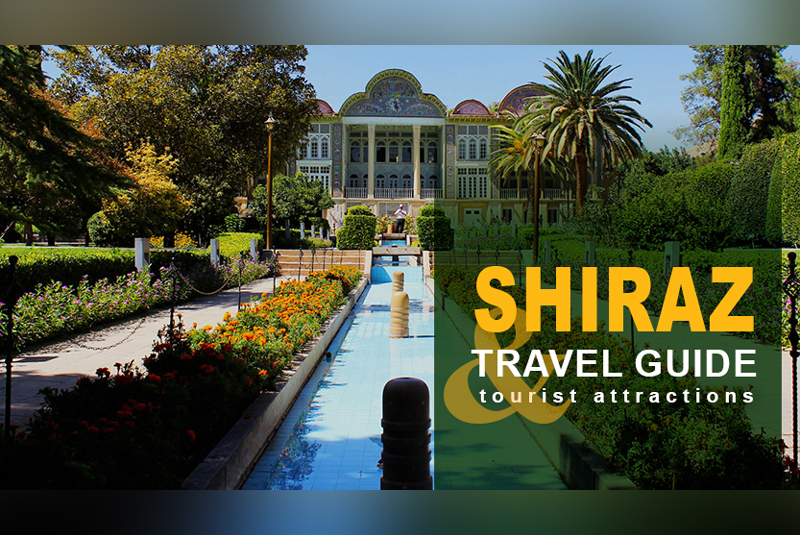 Shiraz, the city of poetry & gardens

Shiraz is a really beautiful city with lots of attractions located in south of Iran that is the capital city of Fars Province. Shiraz is one of the oldest cities of ancient Persia. The earliest reference to Shiraz is on Elamite clay tablets dated back to 2000 B.C.

Shiraz was also the former Iran capital during Zand dynasty (1766 A.D.) by the order of Karim Khan, a Zand king, in this era and once again Shiraz flourished and many architectures were built such as Arg of Karim Khan and Vakil complex.Read more to know about Shiraz Travel Guide & Tourist Attractions

There are numerous historical and cultural monuments and also beautiful gardens in Shiraz and near to it which attract so many tourists every year. These are just some of them:

Nasir-ol Molk Mosque that also called as Pink Mosque since pink is the main color there and it’s unique among Iran mosques. This is a mosque with beautiful stained-glass windows which form the play of light and color, best seen early in the morning. This is a must-see place in Shiraz and words can’t express its beauty.

Shiraz is called the city of poetry since Shiraz is home to tombs of Hafez and Sa’adi who were two famous Iranian poets.

Hafez was a great poet who has had a particular importance for Persian-speaking people. The book of his poems (“Divan of Hafez”) is found in the most Iranians’ homes. And also, many Iranians use his book for fortunetelling. Hafez Tomb in Shiraz has a peaceful and relaxing atmosphere.

Sa’adi was another major Persian poet. He played an important role in Persian language and literature. Sa’adi has two famous books; Bustan and Gulistan which are translated in many languages.
Shah Cheragh Shrine

This is a religious site in Shiraz, the tomb of two brothers of Imam Reza (the eighth Shia Imam). It’s a huge and beautiful shrine that has a great interior design and dazzling display because of its wonderful glass and mirror works.

Eram botanical garden is the most beautiful garden in Shiraz. It’s an exquisite Persian garden, there is also an awesome architecture inside this garden. Visitors could enjoy taking stroll there. It’s a great place to relax and enjoy birds singing while watching old cypress trees.

Vakil complex consists of a bazaar, a bath and a mosque. Vakil bazaar is an interesting oriental bazaar which is a great place for shopping local items like carpets, handicrafts, spices and etc.

Vakil bath is a Persian traditional bathhouse. It shows really old Persian civilization and visitors will be astounded by its planning and architecture in that time. Today, it is an anthropology museum with wax statues that show how it was working then. Vakil Mosque is an attractive mosque with marble columns which are simple but magnificent. This mosque has a great architecture and a grand courtyard.
Arg of Karim Khan Travel Guide Arg of Karim Khan

This castle is located in the downtown Shiraz and it was build in 1766 A.D. in Zand dynasty. This structure is attractive from inside and also outside. This caste was used by Karim Khan, a Zand king, as living quarters so it was named after him.

Zanat-ol Molk is a historical house from Qajar era which is definitely worth visiting. It’s located close to Qavam House. This is a Persian traditional house in a pretty garden. It has an attractive interior decoration including painted wooden ceiling and beautiful tile works.

Persepolis is one of the top tourist attractions in Iran that’s located near to Shiraz. This impressive ancient site which dates back to Achaemenid Empire (515 B.C.) was their ceremonial capital. Persepolis means the city of Persians in Greek. By watching these ruins, you could imagine how magnificent and lofty these palaces were at that time. You could see many symbols of Zoroastrianism believes there. It’s recommended to visit this place with a guide and not to go in the warm weather.

What & Where to eat in Shiraz

The most famous food in Shiraz is called “Kalam Polo”, its main ingredients are rice with chopped cabbage and meatballs. “Ash Shirazi” is another food and a kind of soup with vegetables and meat that is served early in the morning for breakfast. “Salad Shirazi” is a popular salad in Iran which are made up of cucumbers, tomatoes and onions, the important point is they should be chopped in really small pieces. An Iranian dessert is called “Faloodeh” that you could find the best ones in Shiraz specially the shops near to Arg of Karim Khan. famous Shiraz sweet including special cookies and jellies which are eaten together. Best restaurants where you can eat local foods in Shiraz are Haft Khan Restaurant, Soofi traditional restaurant and Berentin Restaurant, Shapouri Garden is another traditional restaurant which its building is a beautiful historical house as well.
Shiraz souvenirs & where to buy them

what and where to buy in shiraz

As it’s mentioned Vakil bazaar is a great place for shopping souvenirs, in this case you could enjoy visiting this historical place and also buy souvenirs like carpets which are woven by nomads, other handicrafts, spices, herbal essences and etc., you could also try the best pickles in Shiraz. There are also some modern shopping malls that the best one is “Setareh Fars”.
Best hotels in Shiraz.