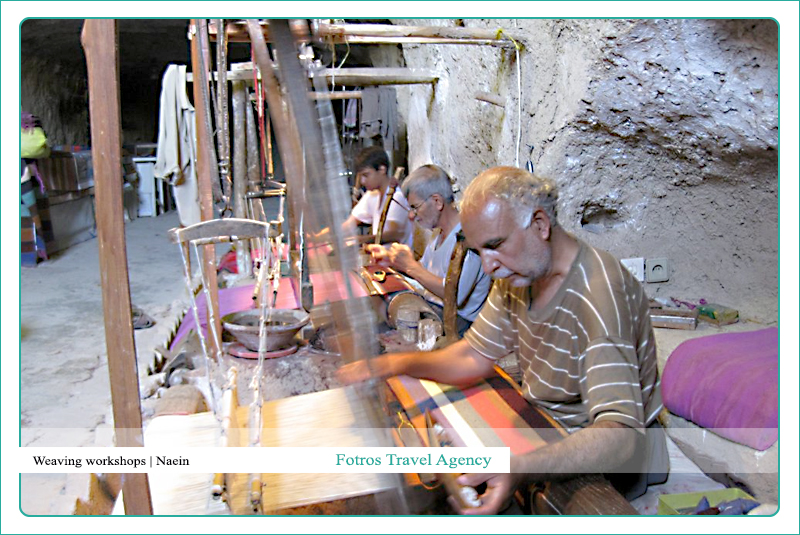 Nain is a city and capital of Nain County, Isfahan, with a history of 3000 years.  It is located in the district of the Great Salt Desert. The city is well-known for its cloak knitting industry, and it also has lots of historical places to visit, including Narin Qal’eh, Pirnia Traditional House and Anthropology Museum, Nain Central Mosque, and the historical Bazaar.

Narin Citedal or Narenj Castle is a unique structure in the center of the historical texture of Nain. Narin Castle dates back to Parthians Empire, a pre-Islamic Era. The structure is polygonal with several towers at the corner.

Pirnia Historical House is one of the most important historical houses in Nain. Its architecture is inspired by the houses in Iran’s Central Desert. Built in the Safavid period, this 400-year-old house has different parts such as entrance, multiple corridors, a vestibule, passageways (Gholamgardesh), alcove, living room, sunken courtyard, and garden.

Nain Central Mosque is built in the style of the early Islamic mosques and has some resemblances to the Tarikhaneh Mosque. This 1000-year-old building has beautiful columns and elaborate stuccos. The mosque’s minaret was built in subsequent centuries. Outside the mosque’s main area, you can see the cellar and the underground Shabestan. The wood carvings on the door of Nain Central Mosque and its beautiful portal always attract the eyes of travelers.

Nain’s historical Bazaar is one of the oldest traditional bazaars in Iran, and Nain’s important passageway and business center in the old times. The entrance of the Bazaar is one of the old gates of the town, and it’s also known as “Chehel Dokhtaran Gate.” The most well-known souvenirs in Nain are cloaks, carpets, herbal medicine (namely tragacanth), and local dairy, all of which you can find in the Bazaar.

Cloak knitting (Aba Bafi) is the ethnic art of Nain, so that the name Nain has always been synonymous with the history of carpet culture and cloaks. Nain’s handwoven fabric is one of the simplest handicrafts in Iran, made without any design or pattern. Nain’s cloaks are made of camel wool or sheep wool, and the art of knitting them still continues today in the Mohammadiyeh district in Nain. All of these workshops have been built in the heart of the ground by hand, with no use of any building materials.