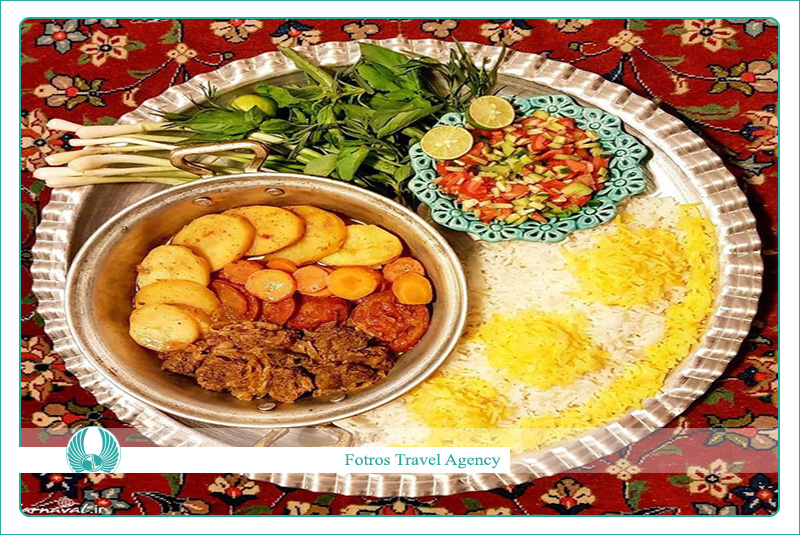 Iran is not only famous for its architectural and historic spots and constructions but also for its unique souvenirs, goodies, and distinct types of food. One of those provinces in Iran which has a great and ancient history is Isfahan which is also recognized for its food. Every year, so many tourists travel to this magnificent city to get more familiar with Iran.

Ferni (a kind of pudding): A sweet white dessert consists of milk, starch, rice flour usually cooked during Ramadan or used for brunch.

Mashti Kebab: A time-honored pleasant food, cooked only in the houses by housewives and women, made of minced lambs, carrots, syrup, and vinegar, fried in oil, tasted sweet and sour at the same time, not being served in restaurants.

Gooshfil and Dough: Gooshfil is a sweet goody eaten with sour Dough seems bizarre but so yummy and noted among Isfahanians.

Poolaki:  The most famous souvenir of Isfahan, fragile delicate sweet served with tea instead of a sugar cube.  Made of water, sugar, vinegar, and flavored by pistachio, dried lime, saffron, sesame, etc.