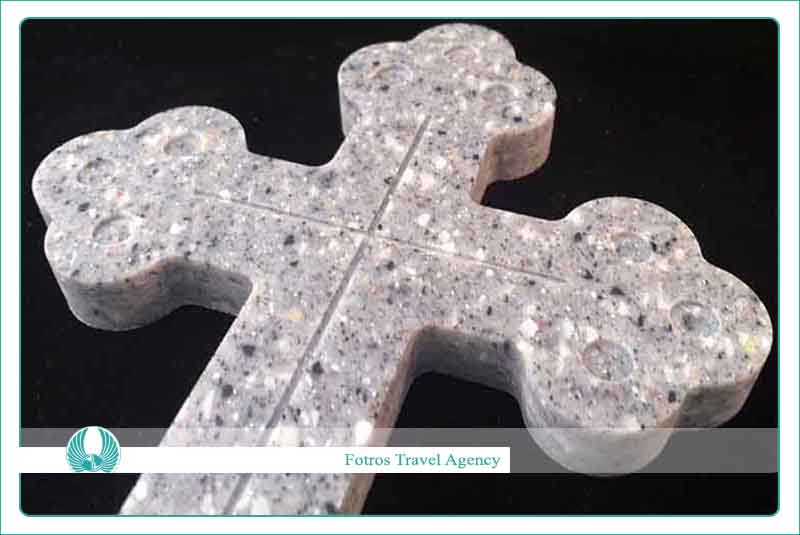 Bedkhem Church
This church which is an Armenian Apostolic is built by Ḵāja Połos Veliǰaneanc, a rich merchant, in Safavid dynasty and is located in the Julfa quarter in Isfahan which is among the big churches in Isfahan. Bedkhem church is close to Hakoup and St. Mary Churches. It has been taken as the most magnificent church in Isfahan because of its beautiful interior paintings as well as its exterior view and it has the biggest dome among the churches in Julfa. This church has been mentioned in the list of twenty-three most beautiful churches of the world.

Saint Mary church
Saint Mary Church or Sourp Asdvadzadzin church is made in Safavid dynasty and is the second old church which is recorded as one of the national monuments in Iran. This architectural spot has several arc shape domes but the main dome, which has four shadings, is in the middle of the building. There are some columns inside of this church which divide it to three related parts. The alter is located in the eastern part and there are two rectangular chambers  in the sides of it.  Clay and bricks were used as the materials to build this church and on the wall there are some paintings related to the subjects in the Holy book.

Hakoup church
This is the oldest church in Isfahan which is built in 1607 and around this church Saint Mary church was constructed so nowadays this church is inside Saint Mary Church. There are three domes in this place and the middle one is almost the biggest one.

Vank Cathedral (The Holy Savior Cathedral)
This church which is also known as the church of the Saintly Sisters is an Armenian church in New Julfa, one of the oldest districts in Isfahan and is built in Safavid era. The word Vank in Armenian language means Monastery. This church is important not only from the religious aspect but also from the historic perspective. It was constructed within 10 years and it has not only a praying place but also a museum, library and a printery.  The vastness of this church is about 4000 meters and it also has a big garden as well as the green space. Vank has two domes which represent the domes in Iranian architecture and is different from the domes of Armenian churches. The paintings on the ceilings and walls are based on the stories of Bible. Inside of this church is covered with frescos and gilded carvings. The paintings in Vank consist of The birth of Jesus Christ, the creation of the world and man's expulsion from Eden.

St. Georg Church
This church is a historic church in Isfahan and it is the second oldest church in the Julfa quarter, after the Hakoup church, which is located inside the St. Mary church. This was made by two local Armenians in order to do their prayers but as the Armenians started to go there more and more there was a need to enlarge it. This church has one dome with several shadings and due to the lack of space in the western part of the church, the three- floor bell tower is constructed in the southern side of the church.  There are also several tombstones which can be seen on the exterior walls of the church and bell tower.

Katariniyan Church
This church was built as a monastery for nuns and it was named after Holy Katrine by one of the rich merchants of Julfa. Inside of this building there are a library, classrooms, kitchen, dining saloon and some chambers for the habitation of the nuns. There are two entrances in the northern and western sides of the building and there are a wooden board which has been taken as the bell. There are two rectangular chambers in the sides of the altar too. The decoration of this church is with geometric shapes and plants.

St. Nerses Church
This church is related to the Safavid era and has been rebuilt many times. It has two domes and the big dome has eight shadings. This building has two entrances in the eastern and north western parts. The plain walls with no decoration has made this church as a noticeable spot in the region. The bell tower is located on the roof and was built in 1889.

Saint Menas Church
This church is built by the Armenians in Savafid era and it used to be named Saint Mary but after a while its name was changed. There are some carvings on the columns of .this church as well as some painting which are noticeable.  This church is recorded as one of the national monuments in Iran